A magical environment brief was given for the ABC Collection presentation, an enchanted clearing that reflected the theme of the exclusive collection presented at the Slam Jam store in via Lanza in Milan.
A source of eternal youth accessible through a green wall of plants around which a display was developed, a parallel world where the energy of the collection became one with crystals and customised Nike Air Force 1, handmade especially for the event in a strict limited edition.
Three corners where created for the products which were framed by plants of different origins, but the set up did not stop at the selected vegetation. Giant flasks, chains, and long branches of Wisteria were entwined together to form an imaginary deconstructed forest, with a strong recall to fairy tales as well as a post industrial environment, where natural and structural elements came together.
To crown and distinguish the composition are two essential elements: the three basin fountain’s majestic presence, which was also noted for the continuous lapping following the visitors and projecting them into a parallel world, far from city chaos; and the fundamental element for this projection, the violet-like light, which allowed for the survival of the plants in an environment devoid of light, but which also served to blend all the elements present in the presentation together, creating a surreal and dreamlike environment. 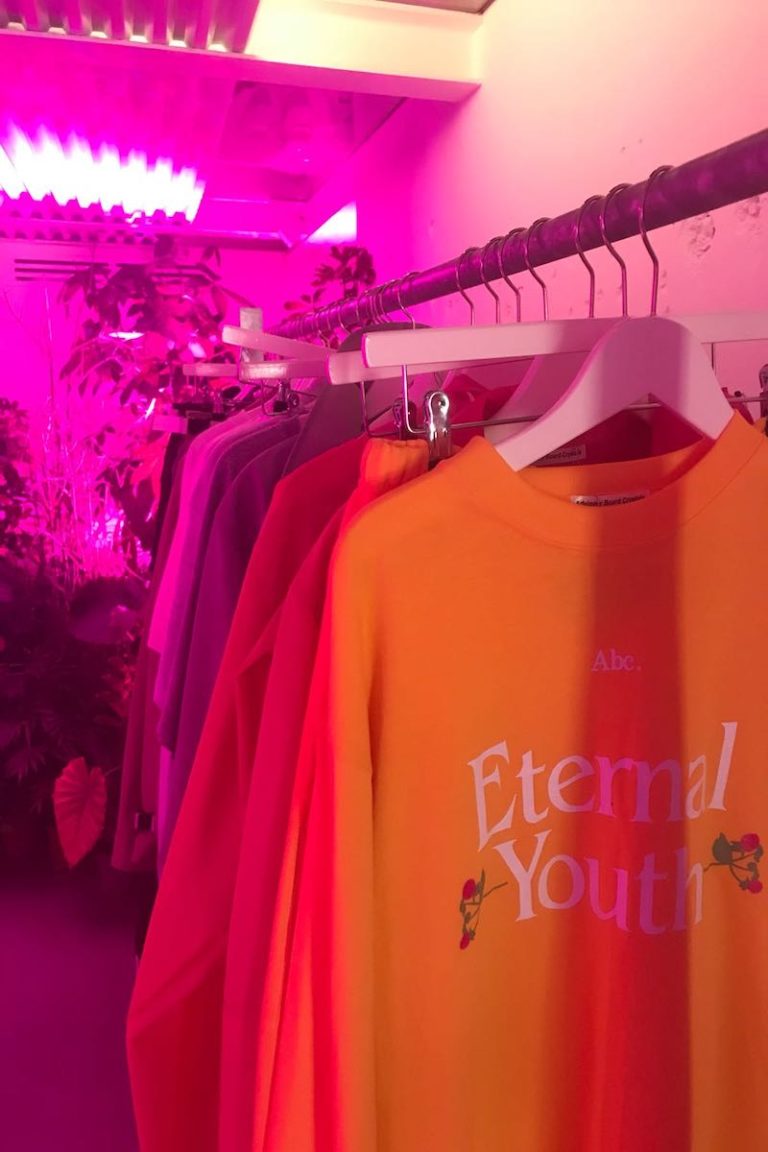 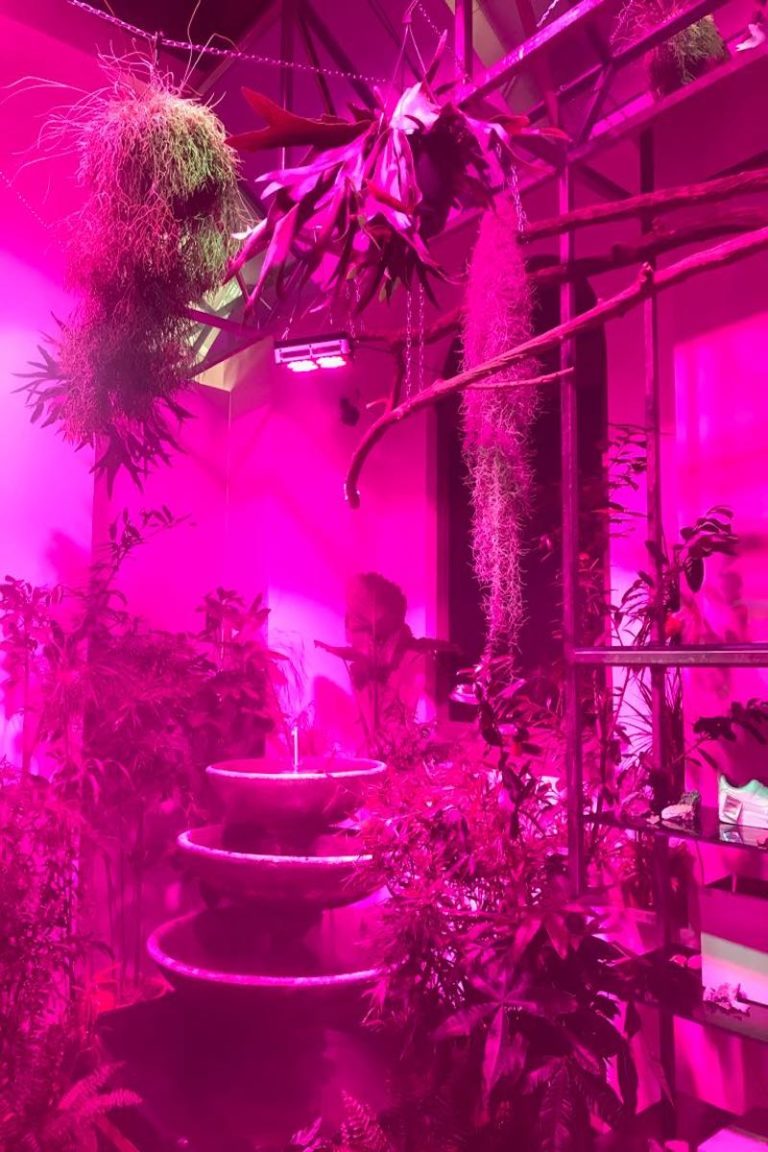 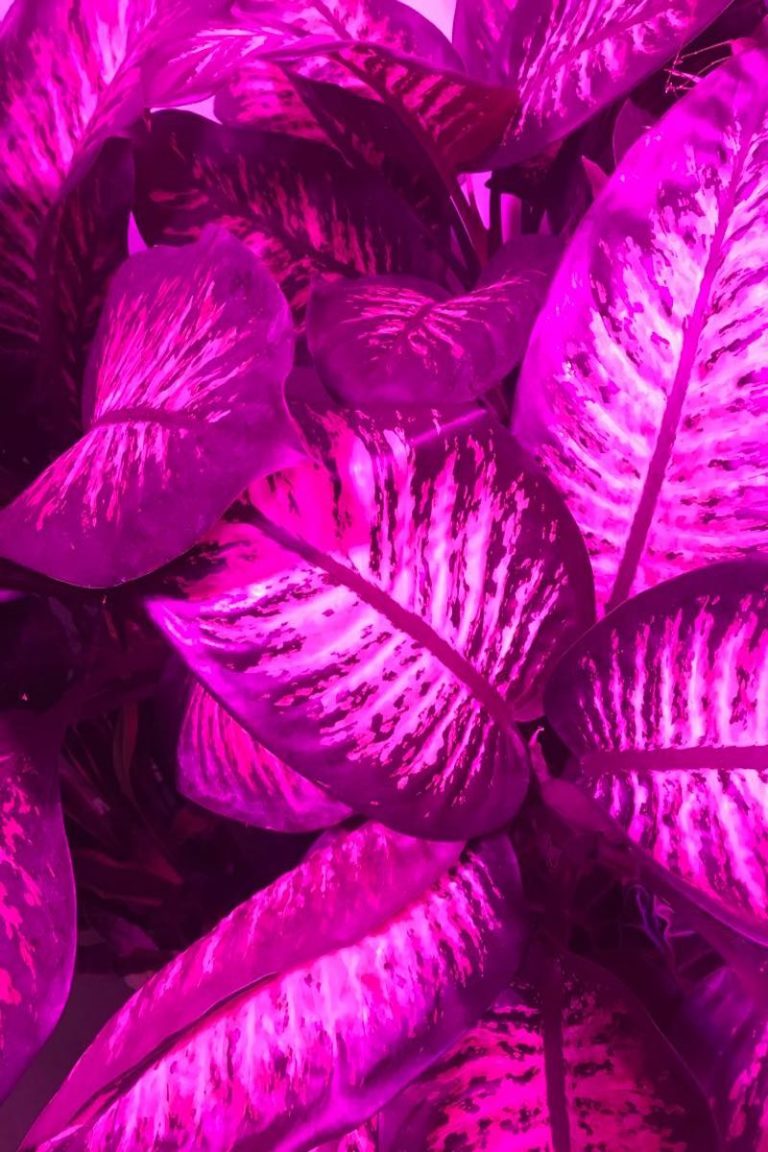 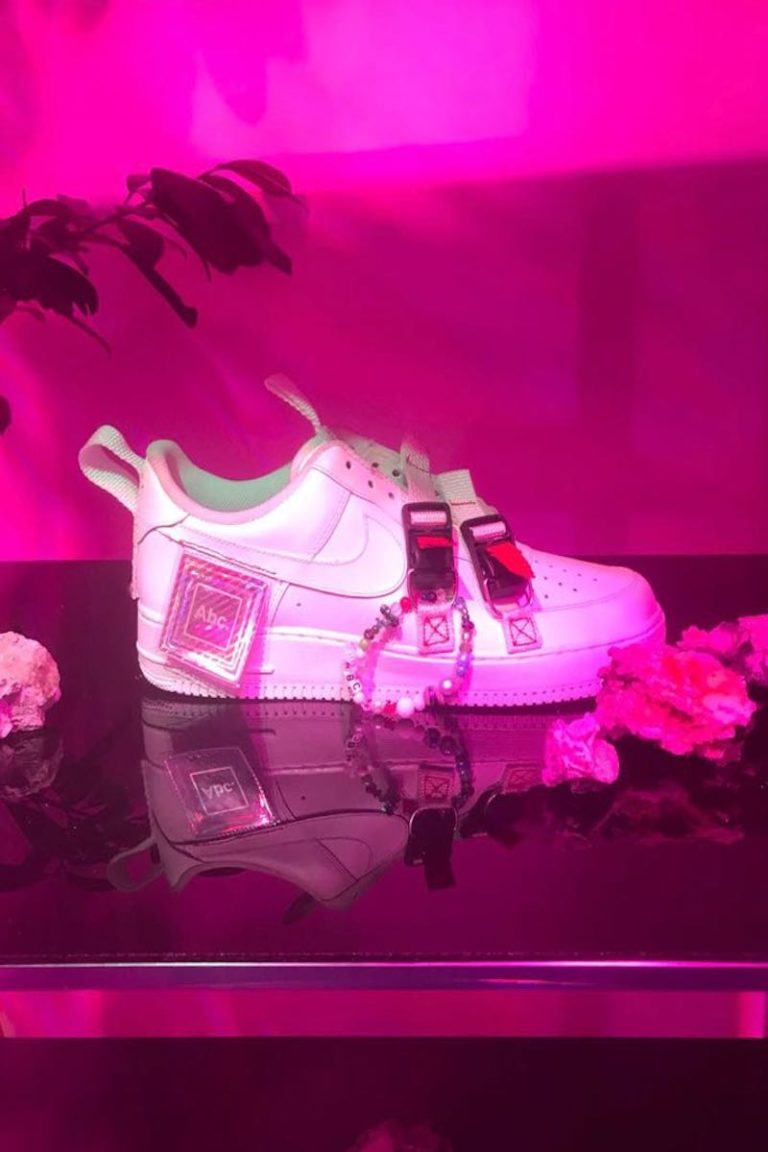 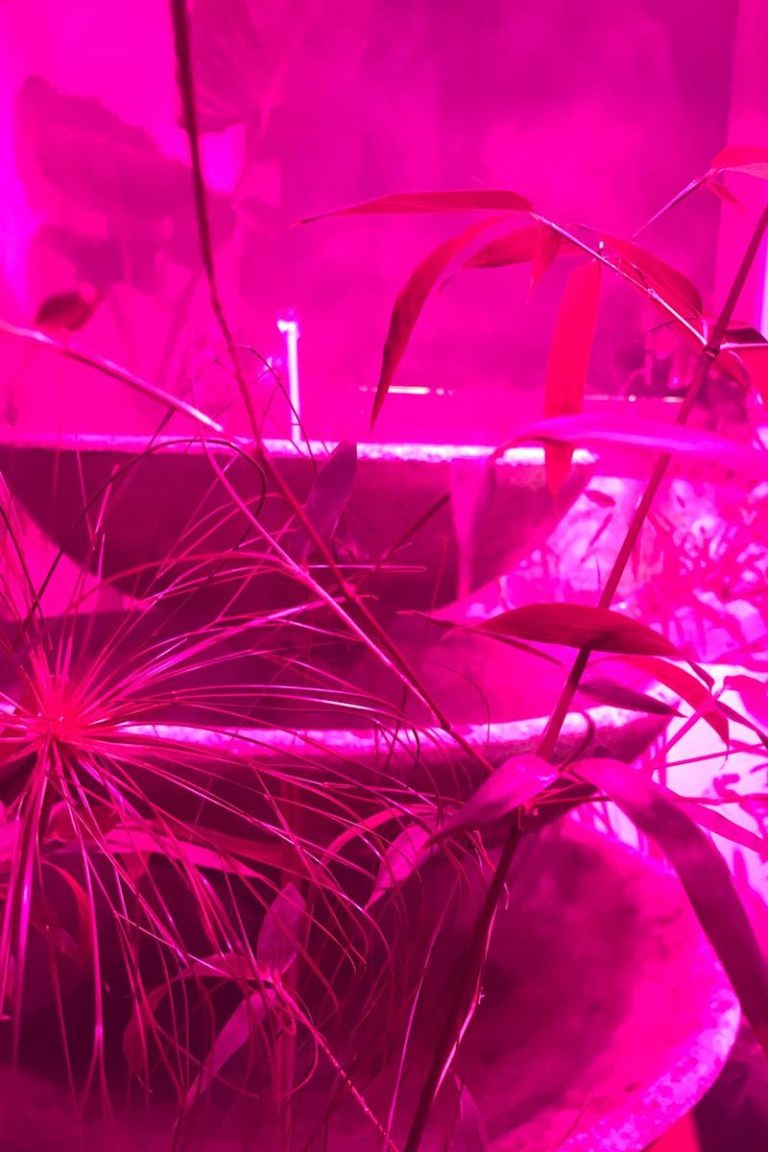 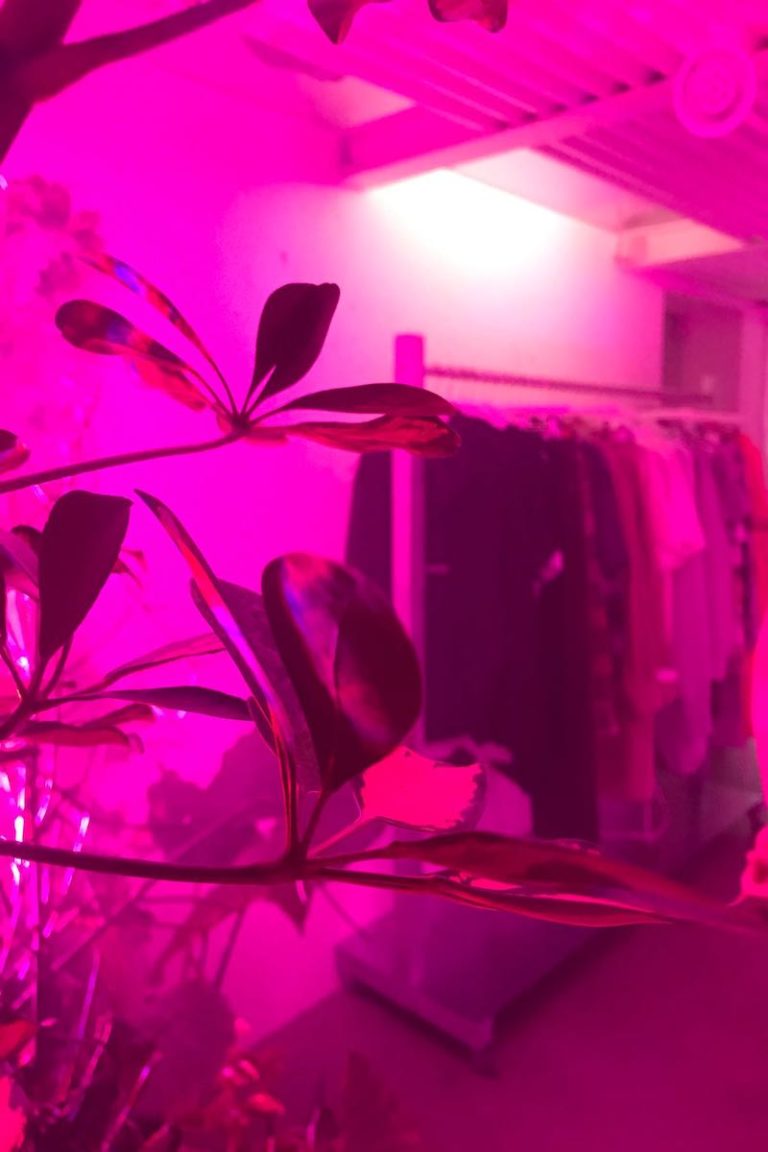 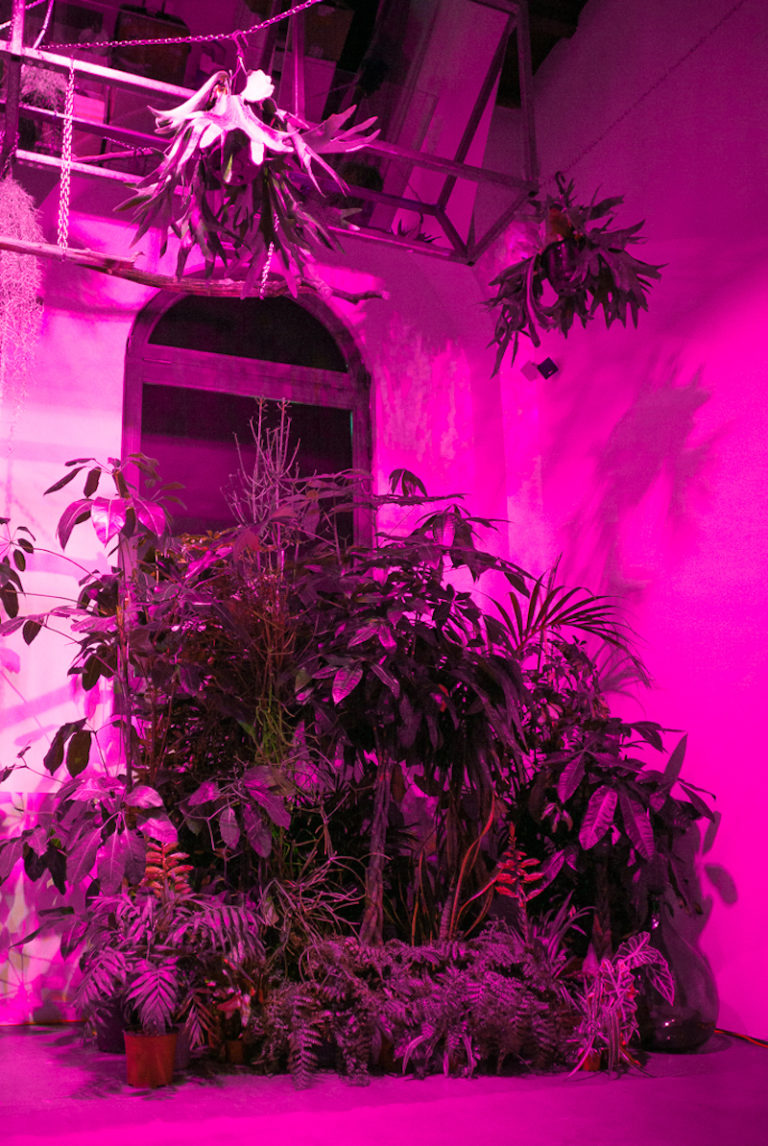 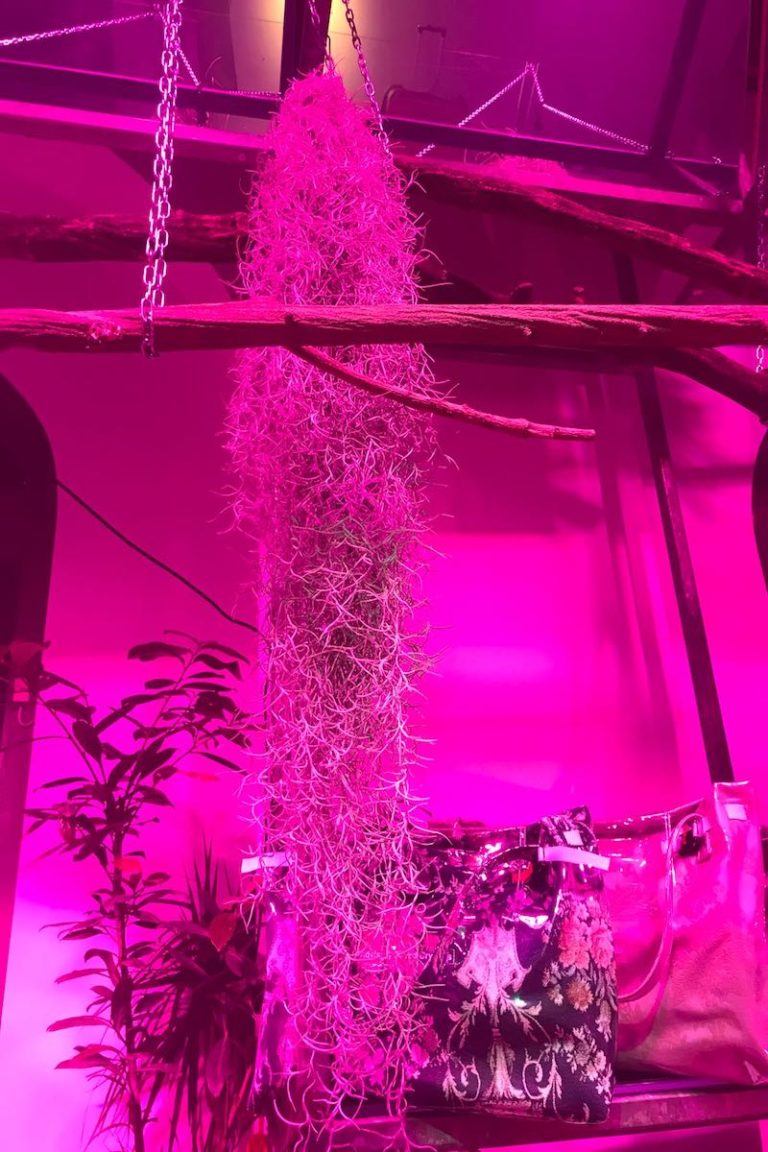 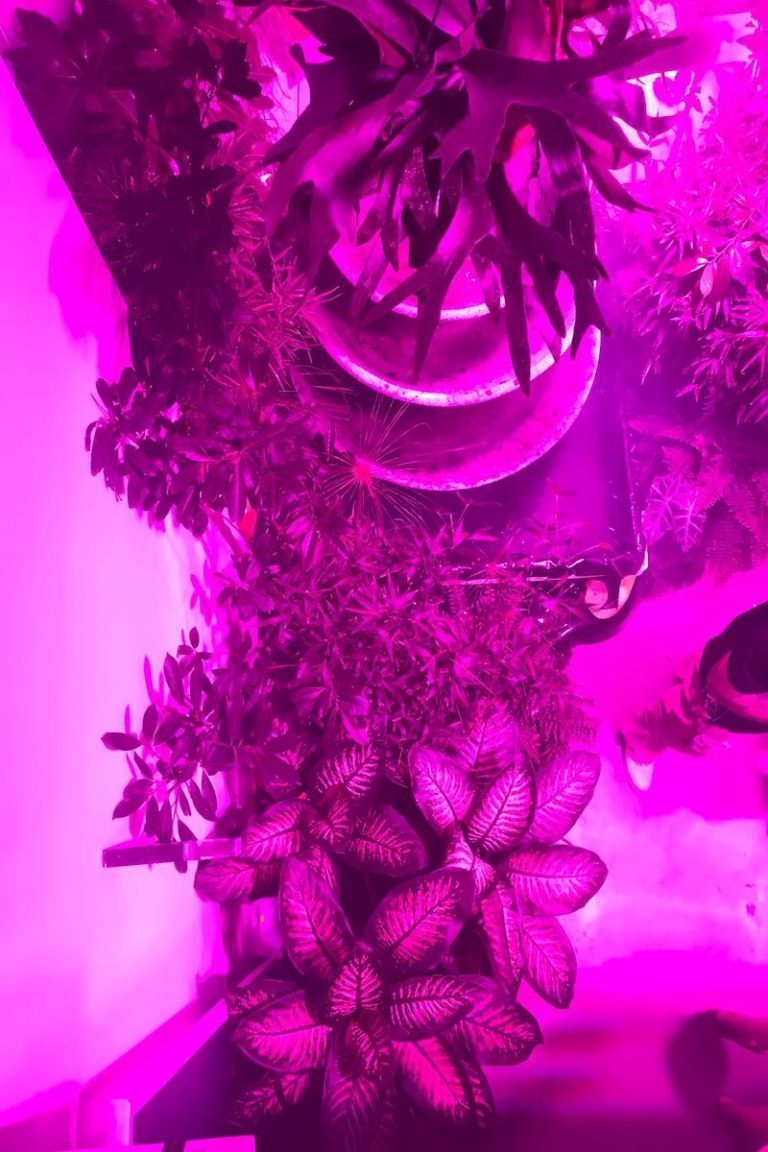 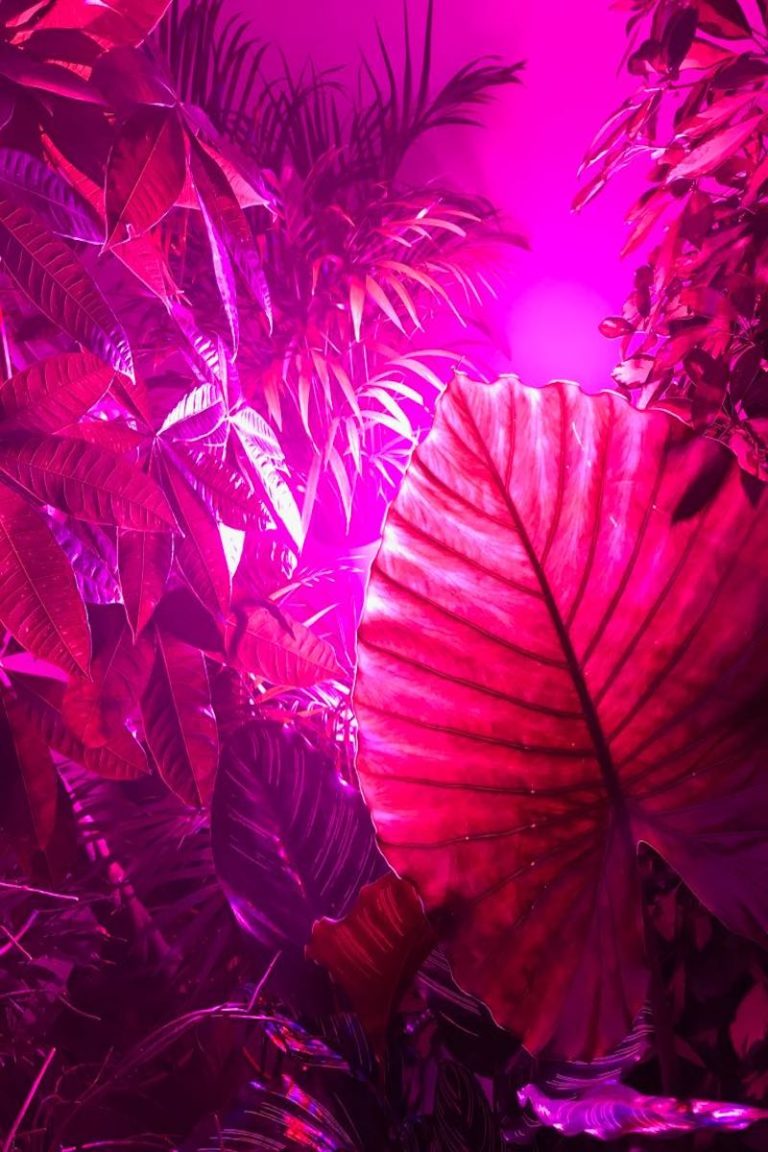