The famous fashion brand Jil Sander has choosen Odd Garden to realize the green set-up for the window displays of the flagship store in via Pietro Verri, Milan.

The intention of the design structures proposed is to mark the typical minimalism of the brand.

The foliage is characterized by pallid colors and the plants have peculiar habit which frame the outfits shown on the window.

Also the choice of the pots’ color had to be in harmony with the store environment and that’s why they were painted by optical matte white.

Three of the eight window displays setted up by Odd Garden host vertical green panels. They new realized with a selection of succulents plants which introduce who stops by the windows into an eclectic universe made by different shapes and nuance.

The structures and the choose of the plants are made by Matteo Foschi, designer and OG founder.

The final realization it’s made by Odd Garden team. 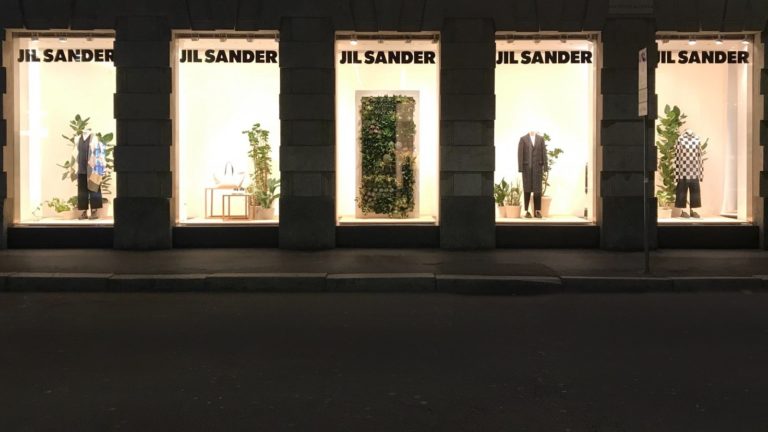 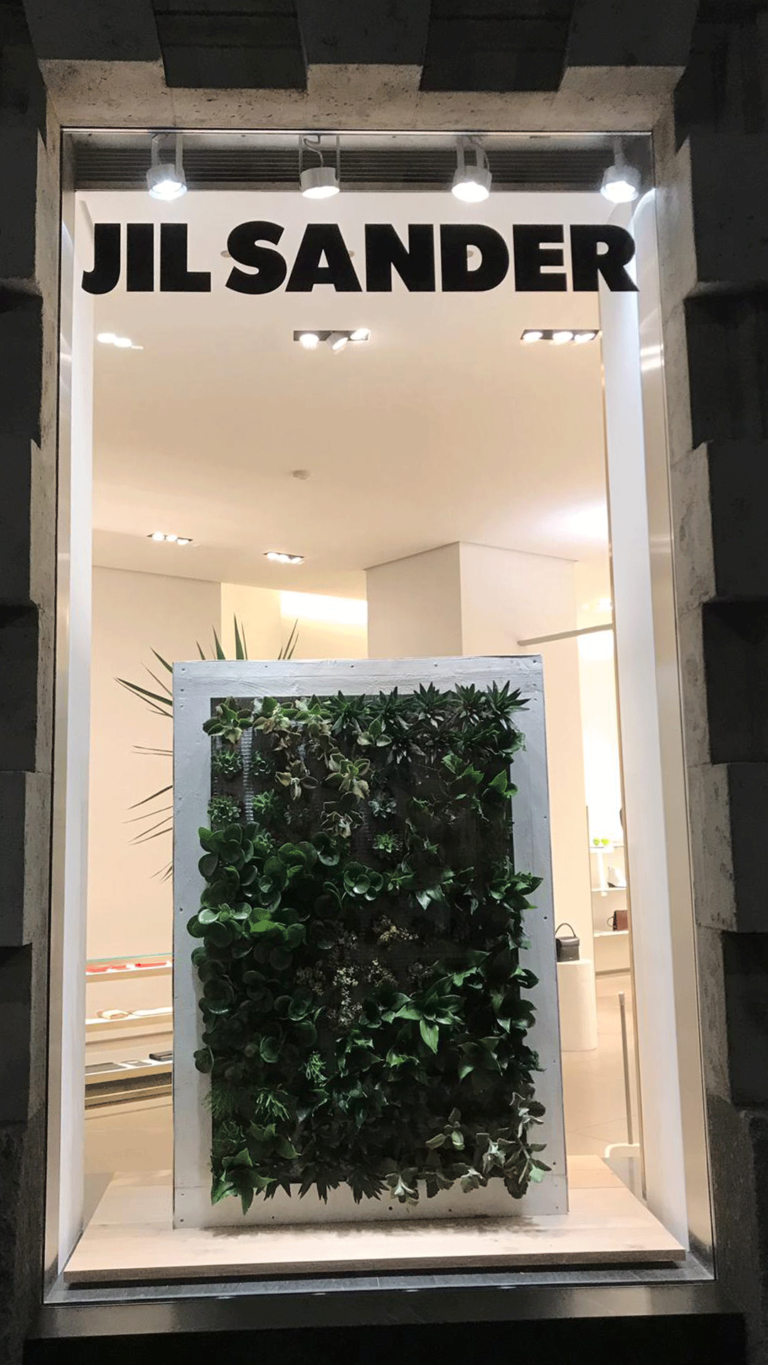 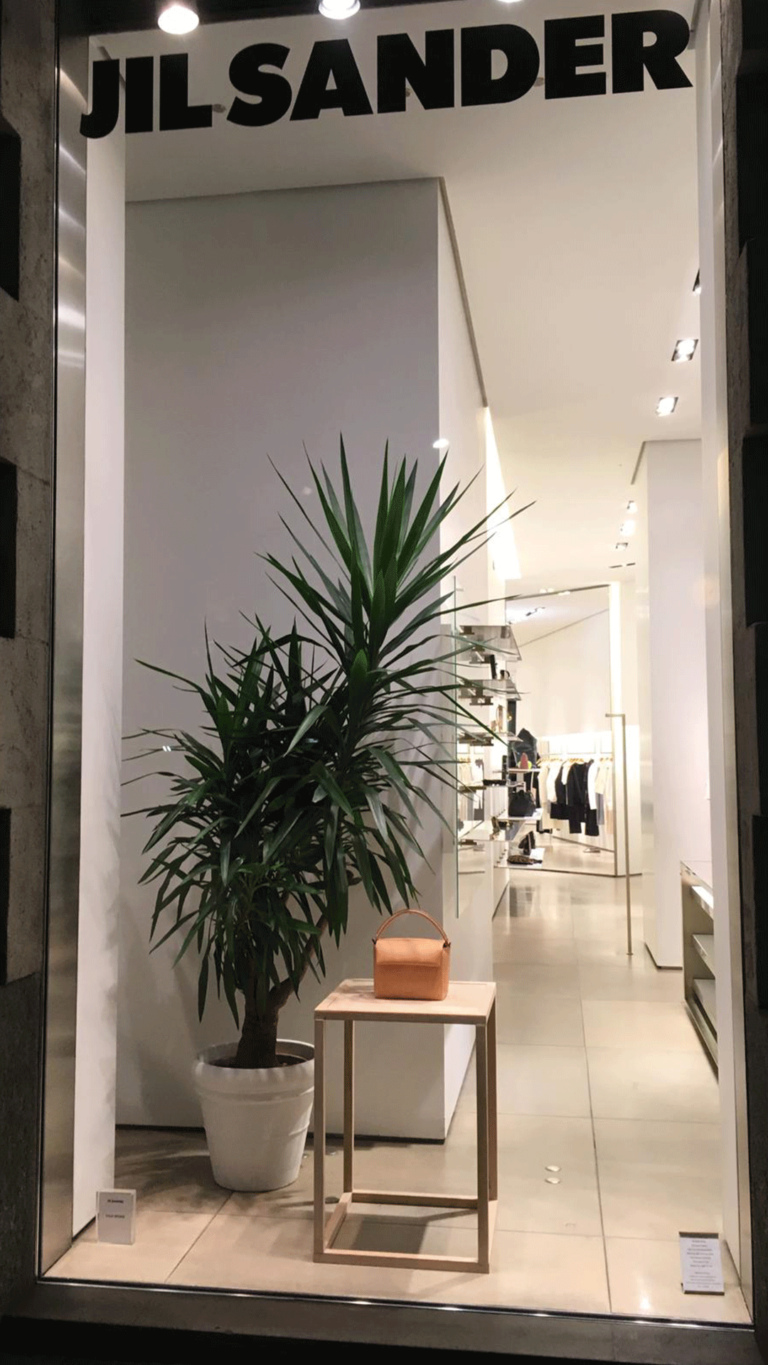 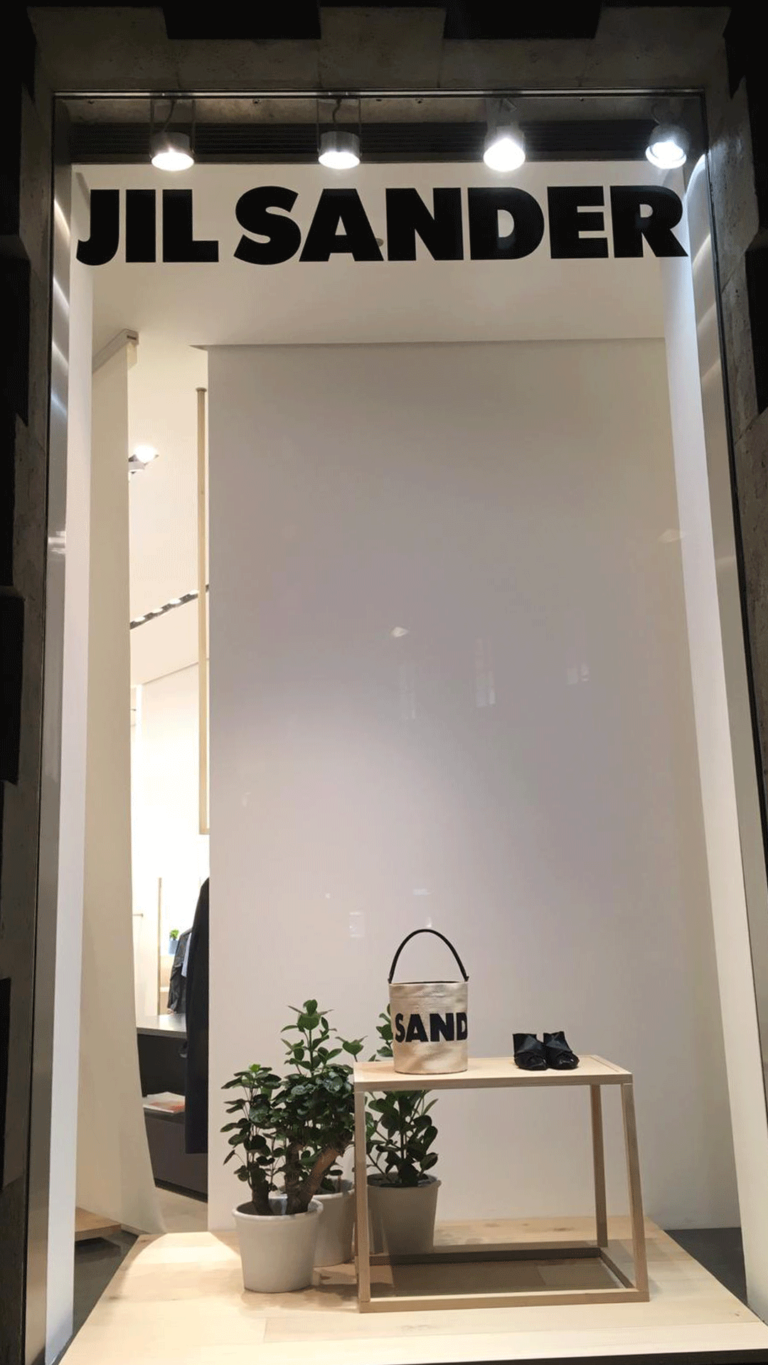 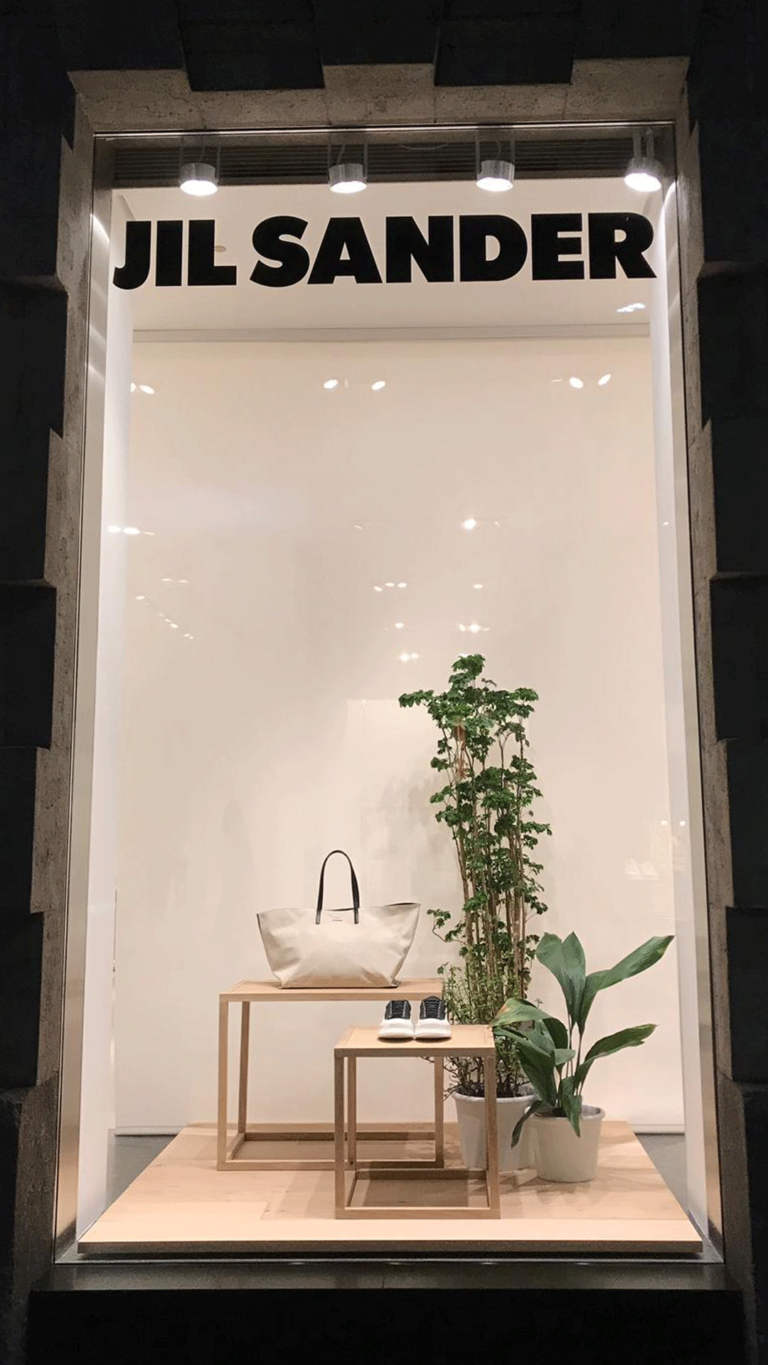 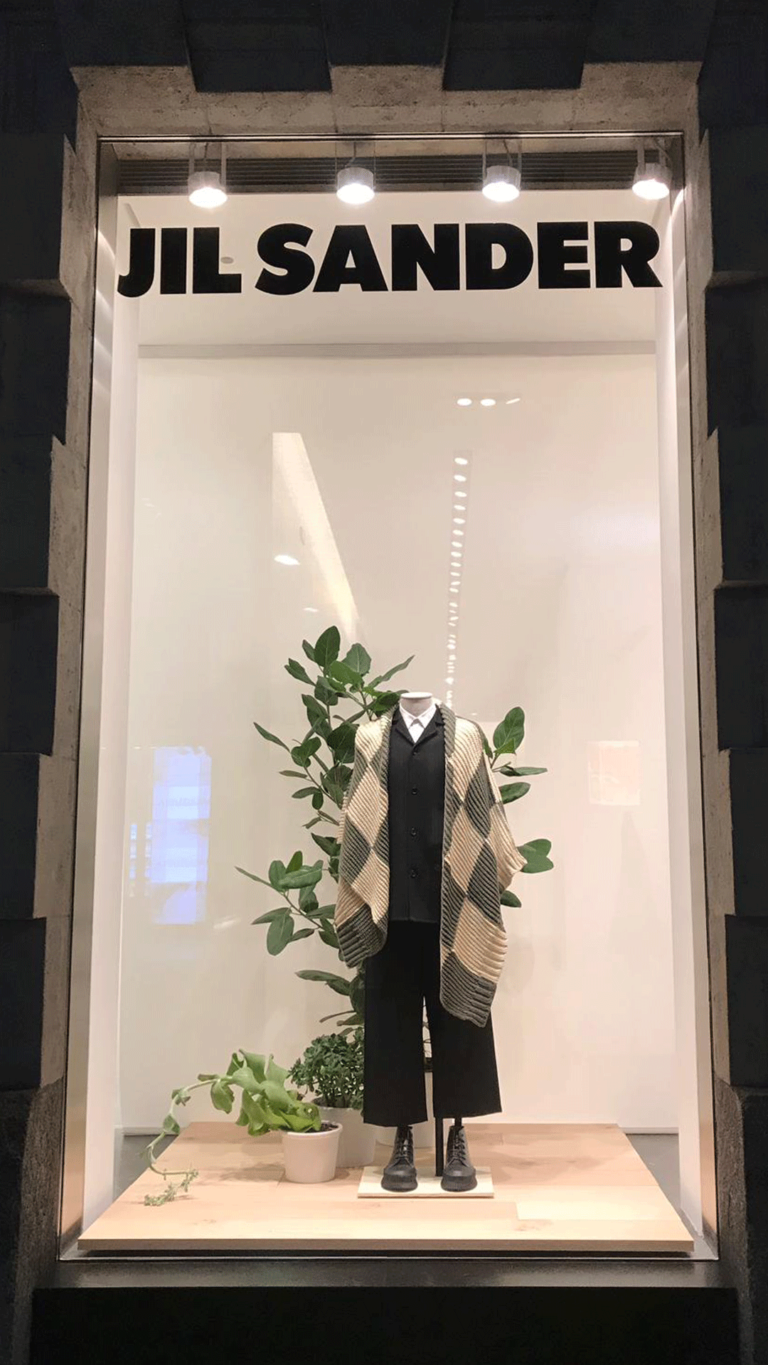 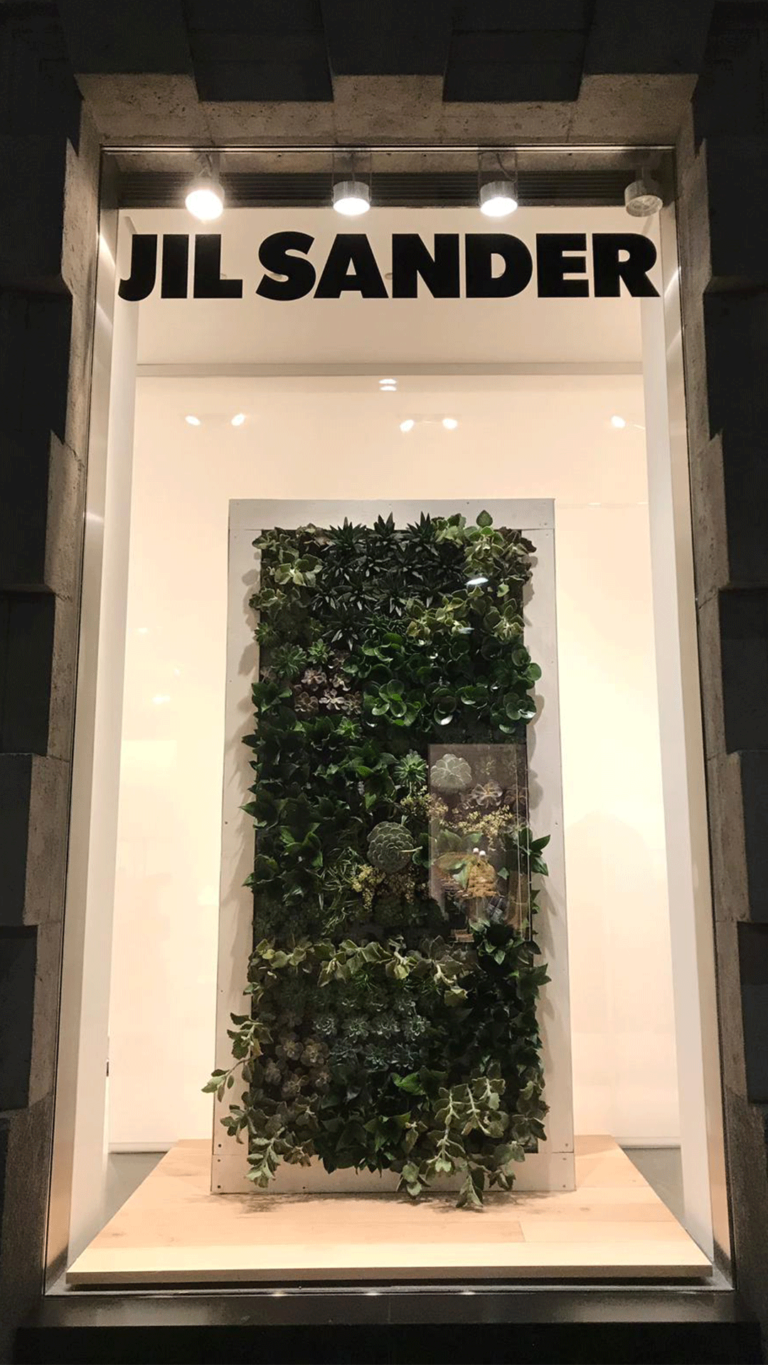