A TERRACE IN CHINATOWN

A particular project, a restyling which created an alternative space and the desire to walk on grass despite living in the center of Milan. These elements bought about the realization of this spectacular, suspended garden on the 5th floor of a historic, Milan apartment building.

The roof was substituted by a bath equipped to contain the foundation necessary for the development of the plants, in such a manner that it created a green covering over the entire area of the building.

A field of Festuca was the base of this small urban bush opening up onto all sides of the building, and along the perimeter small trees, shrubs and climbing plants were alternated creating long and harmonious movements along the lateral barrier, hiding the structures and creating a divider between the other buildings hereby guaranteeing the utmost privacy.

At this abode a variety of plants were installed that guaranteed constant change: evergreens, deciduous, fruit trees, ornamental plants, perennial plants and seasonal plants ensuring that each season is spectacular, blooming and colourful.

Two gazebos covered internally by two wisterias that guarantee spring and autumn cover dense enough but at the same time still airy. The perimeteral banister was almost entirely covered by a dense hedge of Rincospermum and acted as a wing for a composition of shrubbery; Budleia, Viburno, Alloro and many others, whilst fruit trees marked the focal points of the composition. 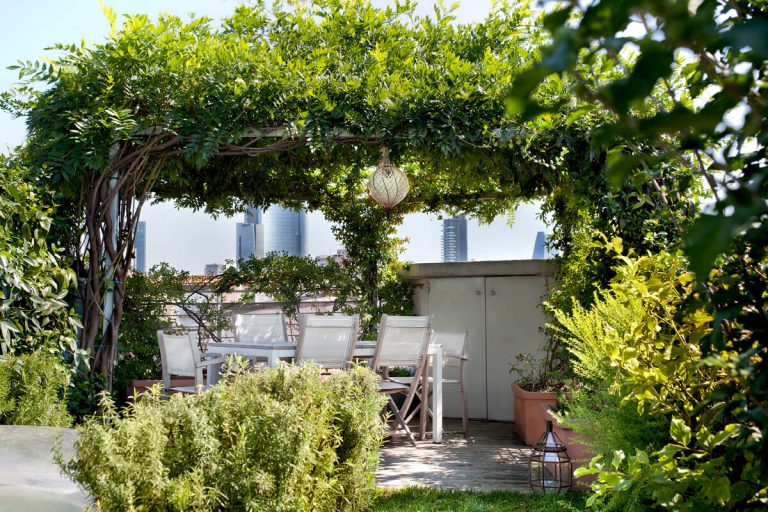 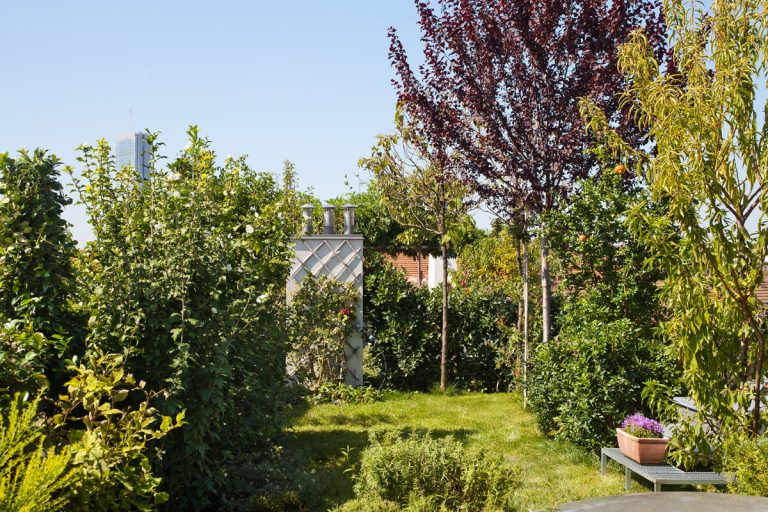 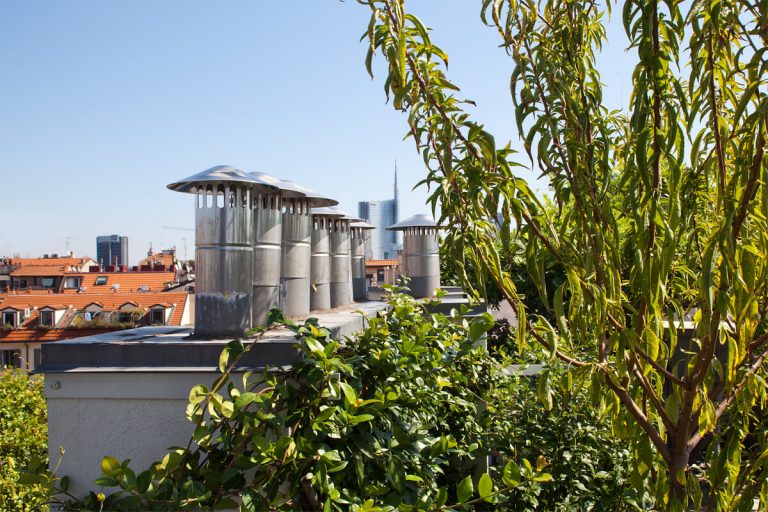 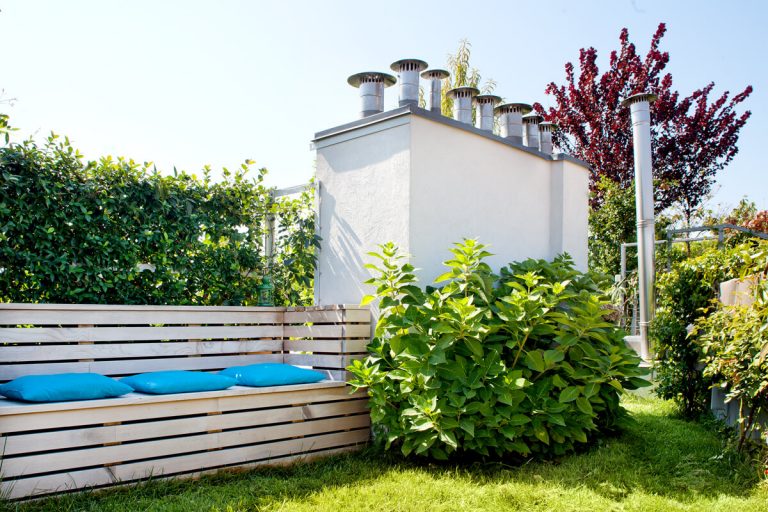 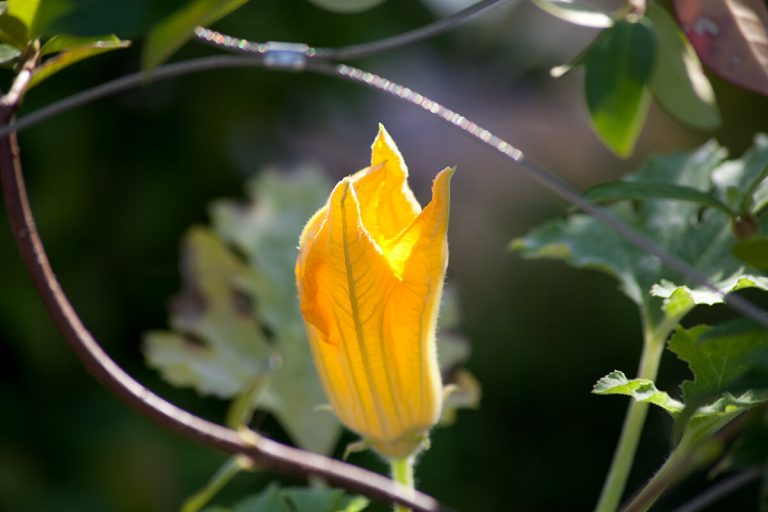 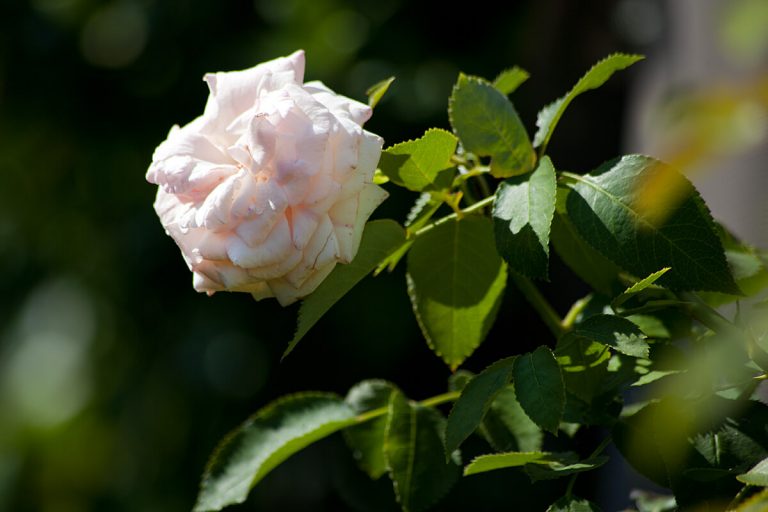 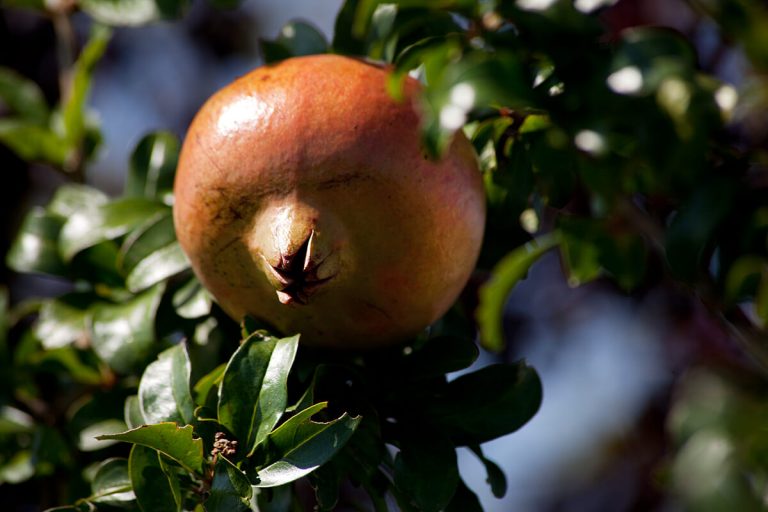 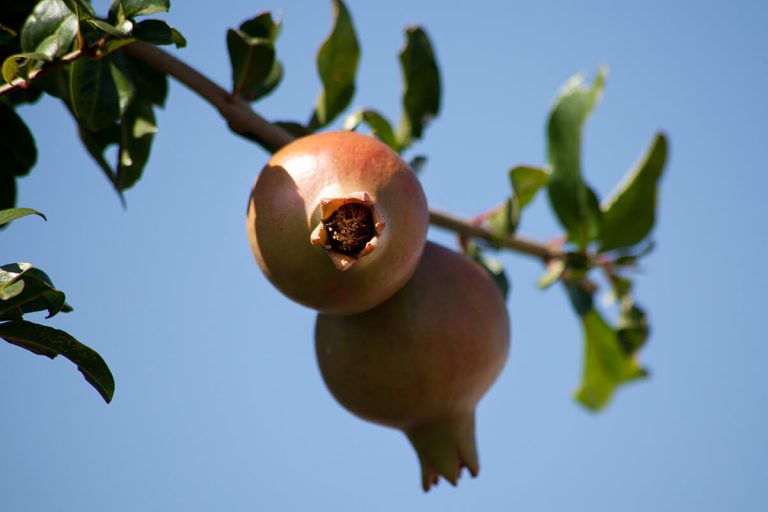 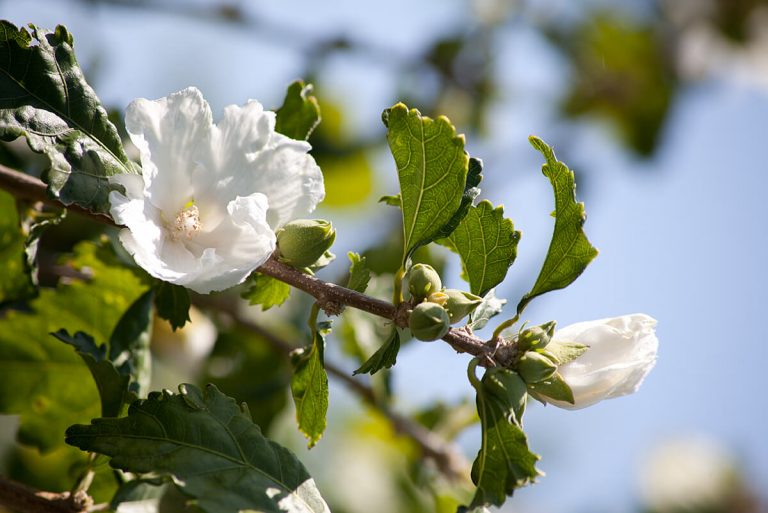 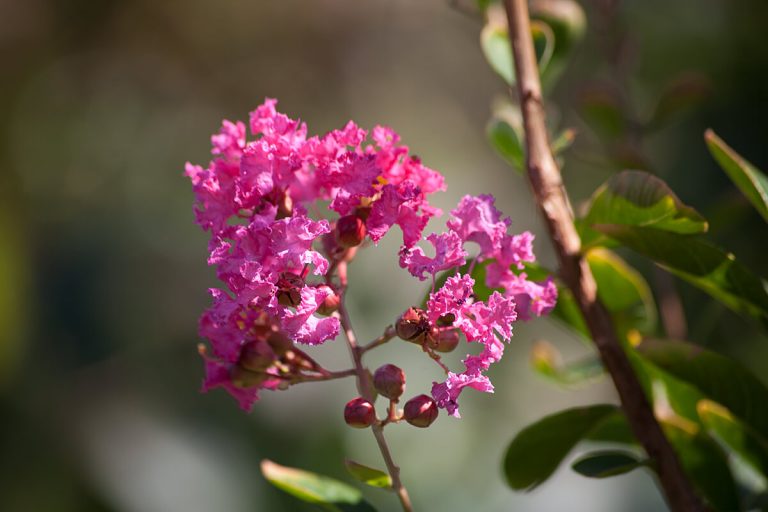 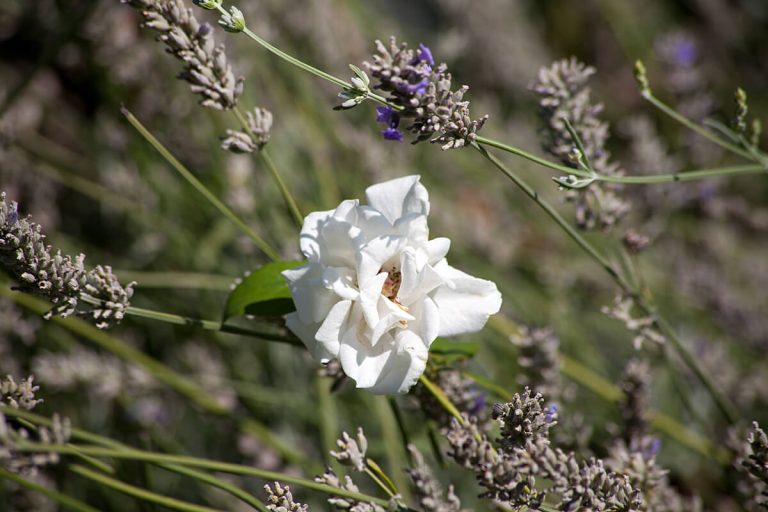 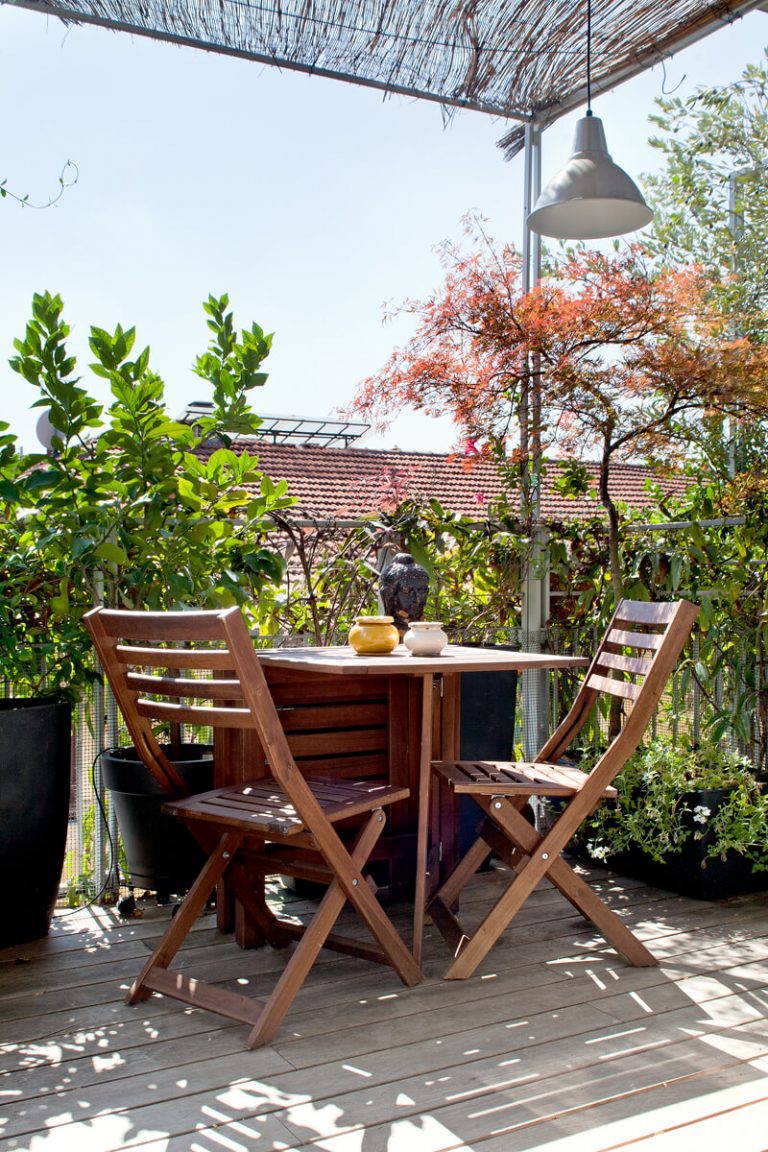 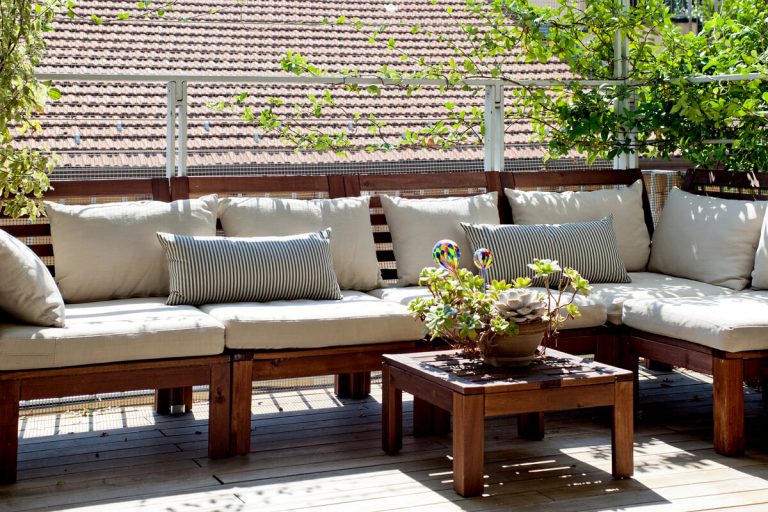 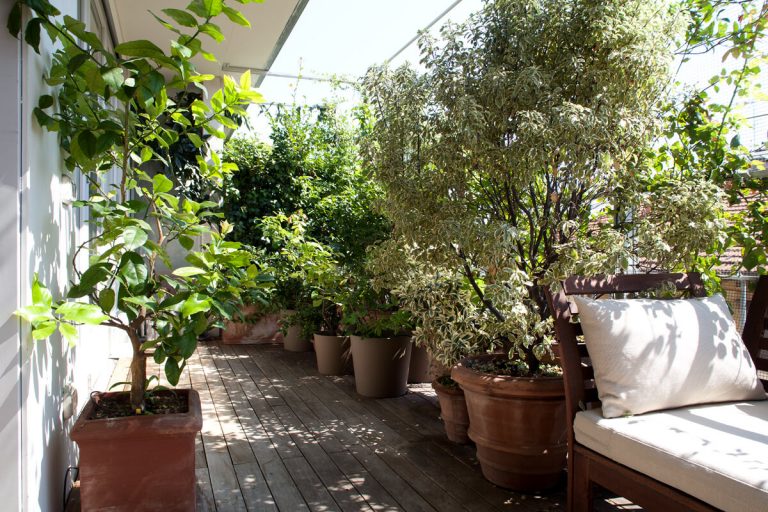